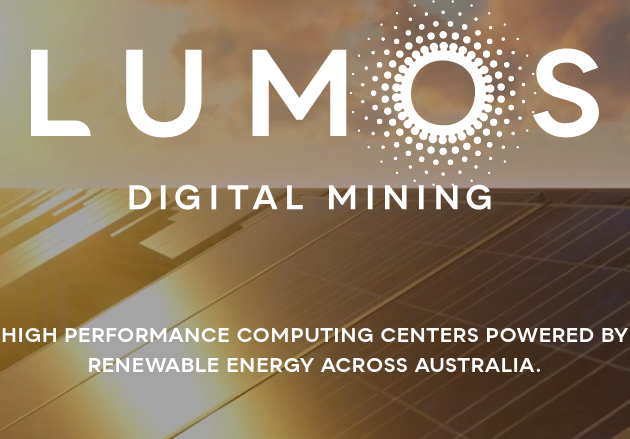 Whyalla, SA, is a busy port town that exports increasingly large volumes of iron ore from its port. The steelworks there use a natural gas turbine to produce electricity . The state’s largest power station is at Torrens Island and this also uses natural gas.

According to Angelo Kondylas, managing director of Lumos Digital Mining, “[Energy generators may be] spending $10 million because they have to switch off that day because there’s too much on the system.” This can be the case when intermittent power generation (e.g., solar or wind derived power) is overwhelming the demand for electricity at certain times. It’s possible that the energy-intensive process of hashing bitcoin blocks, referred to as mining, can exploit this surplus energy.

“We’re basically like a sponge; we soak up the excess that’s not used.”

Mr Kondylas expects that his new hashing facility will produce about 100 bitcoins annually. It is the first solar powered hashing facility in South Autralia. The bitcoin output will vary based on the amount of energy available from the dedicated solar installation. As well, the facility can ramp up by drawing more power from the grid.

The bitcoin hashing facility being established by Lumos Digital Mining will use approximately 5 megawatts and obtain bitcoin in return from block rewards and transaction fees. The current block reward is 6.25 bitcoin and fees for the last 24 hours are, on average, add a further 0.1 bitcoin. Lumos may offer its processing power to third parties.

In this article:grid, hashing, solar