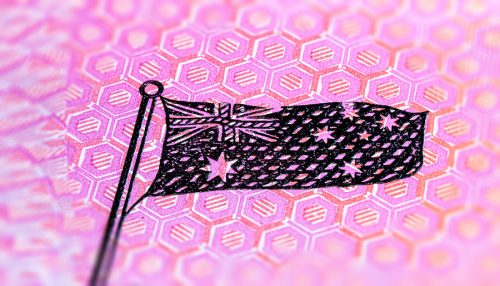 The RBA’s deputy governor, Michele Bullock, spoke this morning at the AFIA conference on motivations and considerations of domestic monetary policy. She insisted that the RBA board is “determined to do what is necessary to return inflation to target”. This will entail reducing the headline rate markedly from over 6 per cent to under 3 per cent.
Earlier this month, the RBA surprised the market by raising interest rates by only 250 basis points, to 2.65%, instead of 500 basis points. Minutes published this morning argued that the relatively modest change was “warranted given that the cash rate had been increased substantially in a short period of time and the full effect of that increase lay ahead.”

“Everyone is declining against the US dollar”

It’s likely that, as interest rates in Australia trail those in the USA, that our local currency will continue to devalue in relative terms. In response to a question on this, Ms Bullock stated “Everyone is declining against the US dollar,” and, “We need to watch our own domestic conditions.”
The RBA foresees that asset prices, particularly housing, may decline. “The buffers [equity] that people have built up on their mortgages will be important,” stated Ms Bullock. She also expressed consternation that, “A couple of years ago, everyone was complaining that [house prices] were going up. Now everyone’s complaining that they’re going down… They’re still up 20% from where they were.”

“…inflation is high and the labour market is very strong, which indicates a need for interest rates to rise further.”

Whether the exchange rate for bitcoin continues to trend with other assets, including real estate and stocks, in the coming months remains to be seen. The minutes referenced a whitepaper on an impending trial for an imitation of bitcoin: a centralized and surveilled currency, a “CBDC” (or central bank digital currency).