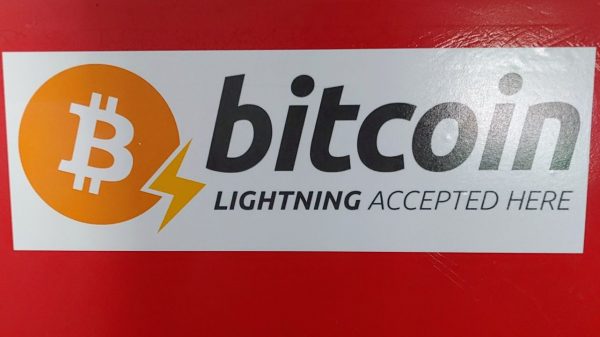 George’s barbershop was opened 1969 by George Corcoran and still bears his name though it is owned an operated now by Mark. When the store first opened then, Australians had recently switched from paying with shillings to paying in dollars and cents. Now, some customers are switching from these to paying in “sats” instead, which are fractions of a bitcoin.

Mark, pictured above brushing me off after a haircut this morning, started accepting sats for haircuts before the last price run up after a discussion with @BTCSchellingPt. He uses Wallet of Satoshi on a phone now to accept payments and is considering BTCPayserver and VoltPay, which were discussed in recent articles here.

The bill today, for my haircut and for two preschool haircuts, came to about 130k sats. The network fee was 50 sats, which is about 0.04% of the transaction cost and it settled immediately.

George’s Barbershop is located at 10 Stewart Road, Ashgrove, Queensland from 6.30 am on all days except Monday and until 1.30 pm and midday on the weekend. If there’s a queue for the barber’s chair, patrons can read a newspaper or pick up a copy of the Little Bitcoin Book, provided courtesy of the Bitcoin Moon Fund.

In this article:australia, lightning, merchant, Payments