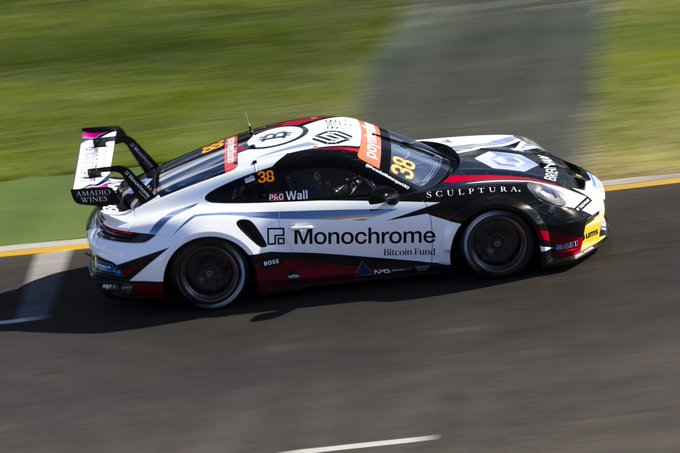 A 30-second advertisement for bitcoin will be played at Surfers Paradise during the 2022 Supercars Boost Mobile Gold Coast 500 this weekend, 28 to 30 October. The video from Monochrome criticises the prevailing monetary system as “bureacratic, secretive and permissioned”. In contrast, it points to bitcoin. This “new money is equal, transparent, unbiased, unstoppable and 24/7”.

“Bitcoin is the world’s first public money that is accessible 24/7 globally. Unlike any digital payments network, Bitcoin is the only public monetary asset that one can reliably own, store, and transmit value without the need to trust a middle man.”

Monochrome intends to launch the Monochrome Bitcoin Trust for retail customers and to list a spot bitcoin ETF. The company has is active in motorsport sponsorship and supported two cars in the Carrera Cup at Mt Panorama in Bathurst this year.