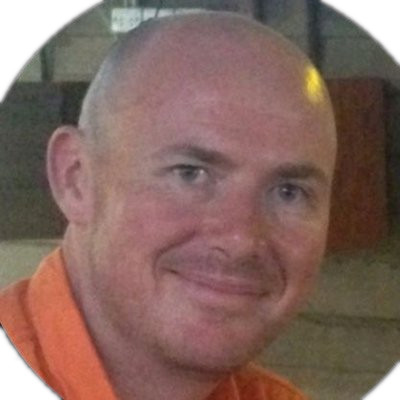 Gary, who tweets from @GazLarking, kindly joins as our second respondent for 21 Questions for a Bitcoiner and shares his perspectives. Thanks a lot for sharing these with us!

I’m a long time value investor. A friend said ‘you might want to check out this bitcoin thing’. That was all it took. 10,000+ hours later, I still find it and all its related topics endlessly fascinating. All learning was on my own initiative via reading, podcasts, and then I discovered Bitcoin Twitter – that’s where the knowledge really took off. This then led to meetups.

Most important ? Tough, so many. I would say it gives hope to a large portion of the world that has not had hope for a very long time. It banks the unbanked. It is an escape from a fiat money system that is brutally unfair to people who are not in the ‘inner circle’ i.e. cantillionaires.

I believe so – its very likely. Time is the only factor. People will pay the price for bitcoin they deserve. The game theory built in is incredible. P2P technology has been around a long time and it hasn’t been killed by regulation. This is one core element of what Bitcoin is. Anyone with experience of torrents will know that shutting down a decentralised sharing network is basically impossible unless you shut down the internet itself, which was built to withstand nuclear war.

9. Have you tried multisignature?

No, not found the need, but I have seen it in operation, a revolutionary feature.

Absolutely. However I’ve learned to only touch on topics superficially to non-bitcoiners. Their eyes tend to glaze over quickly. Best plan is to get them to install a Muun wallet and drop them a few sats .. this may spark some interest.

For many it is all they watch. For me it’s the least interesting. I watch network adoption, hash rate, regulation, nation state adoption, macro factors etc. For many non-bitcoiners, the fiat market price is a good platform for them to try to prove a point that somehow bitcoin isn’t going so well .. its non correlated in my view. When the majority of market participants learn that bitcoin isn’t a NASDAQ tech stock, or the USD is further diluted by unstoppable money printing, Bitcoin fiat value will inevitably soar.

I think Tonga is next in line, so Lord Fusi’tua tells me. There may be some movement out of the 44 nations represented at the central banker conference of developing nations that was held in El Salvador earlier in the year. They visited Bitcoin Beach and witnessed the Bitcoin economy, Lightning transactions, and the bulk all suffer at the hands of USD inflation export, and have national debt denominated in the soaring USD. This will break as it did in El Salvador and the Central African Republic, and lead to a hard money adoption with limited supply.

16. How far have you traveled to meet with bitcoiners?

Interstate. Making a bitcoin meetup in a remote/rural location is a great idea as it shows who is really committed .. its not easy to get there by design. The result is pure signal from people who have done the work. I also go to local meetups.

Everyone has unique interests. Bitcoin has the potential to upset a great many existing ways of doing things .. few see this clearly yet.

I’m surprised one hasn’t yet emerged in Australia. Again a matter of time. ‘fix the money, fix the world’ .. I would be a single issue voter. Major parties are dropping the ball on this in Australia .. it is very prevalent in US politics to the point that politician needs to have a position on Bitcoin.

My framed picture of the white paper .. a revolutionary document.

Bitcoin adoption is a very small percentage fiat, bonds, real estate, art, etc .. when this inevitably grows, so will the related materials such as podcasts.