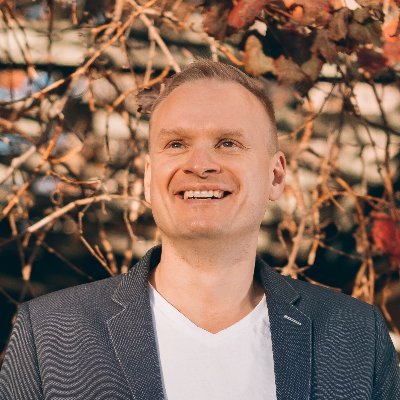 Daniel, who tweets from @danWilcz, kindly responded to our 21 Questions and shared some of what drew him to Bitcoin, touched on a few of the things that he’s doing to make hyperbitcoinization happen and how bitcoin is for everyone. Thanks for being part of this, Daniel!

I first came upon it a few times on Hacker News. I decided to investigate more by listening to the Lets Talk Bitcoin Podcast where Andreas Antonopoulos was a co-host. He and then reading the whitepaper lead me to a mind-blown moment.

Money. Efficient transmission of value over time and space.

It gave me something to work on and be part of, that I find exciting and believe in.

Antonopoulos is certainly one of the best educators in Bitcoin who brought so many people into it. I disagree with many of his non-Bitcoin opinions but I have to give him credit for the above.

Nick Szabo is probably the person I admire the most in Bitcoin. It was he who really came up with the best early value proposition of Bitcoin as money in a historical context. Books like The Bitcoin Standard [by Saifedean Ammous] are really just an expansion of his early concise ideas.

Confidence in being able to secure it properly and not stuff up. Understanding what is money and why Bitcoin is better money.

I don’t think anything is inevitable. We have to try to make it happen.

9. Have you tried multi-signature?

Yes, I love paying for things with Bitcoin and Lightning. It’s magical. I do it whenever I have a chance. I remember the first time I bought a beer with Bitcoin. Will probably never forget that.

11. Do you evangelize bitcoin?

Kind of. I did very much in my early days when I first got into Bitcoin. However, I was disappointed that most of my friends did not share my enthusiasm and were not interested. So these days I only do so when people come to me and ask me for advice and help.

However usually when people come to me for advice as an ”expert” they want to know which shitcoin to buy, when I tell them none and just buy Bitcoin they usually don’t listen, just like in the early days.

So I think that’s good news and it means there is still a lot of room to grow.

Yes. At the end of the day, it is money and the exchange rate is indicative of its value.

Sri Lanka ;)? I don’t really know but It will be a smaller developing country I would guess.

No, and never have.

Yes. I host the Adelaide Bitcoin Meetup. When traveling I always try to attend the local Bitcoin meetup if I have the chance. I have been to a few. Its interesting to meet Bitcoiners in other countries.

16. How far have you travelled to meet with bitcoiners?

The drive from Adelaide to Murrurundi definitely wins in travel time. One day I have to make the drive to Yeppoon. It will be epic.

Bitcoin is for everyone. Everyone needs good money. Carnivores and vegetarians. Left wingers and right-wingers. Good guys and bad guys.

Speed up discussion about monetary policy, whether it’s working and can we do better.

It was before my time but I love this oldie but goodie. [The link is to Zhou Tonged’s “Holding”, which was released in 2013 and is a take on Billy Joel’s “For the Longest Time”.]

Working at the Bitcoin exchange Hardblock and running the Adelaide meetup it just constantly seeps in. I used to listen to a lot of Bitcoin podcasts but do that less now. Especially since we started our own. [The link is to Australian Bitcoin Podcast, which launched in February this year and has published 30 episodes.]